Inflexible Leases in a Changing Market: A problem worth solving 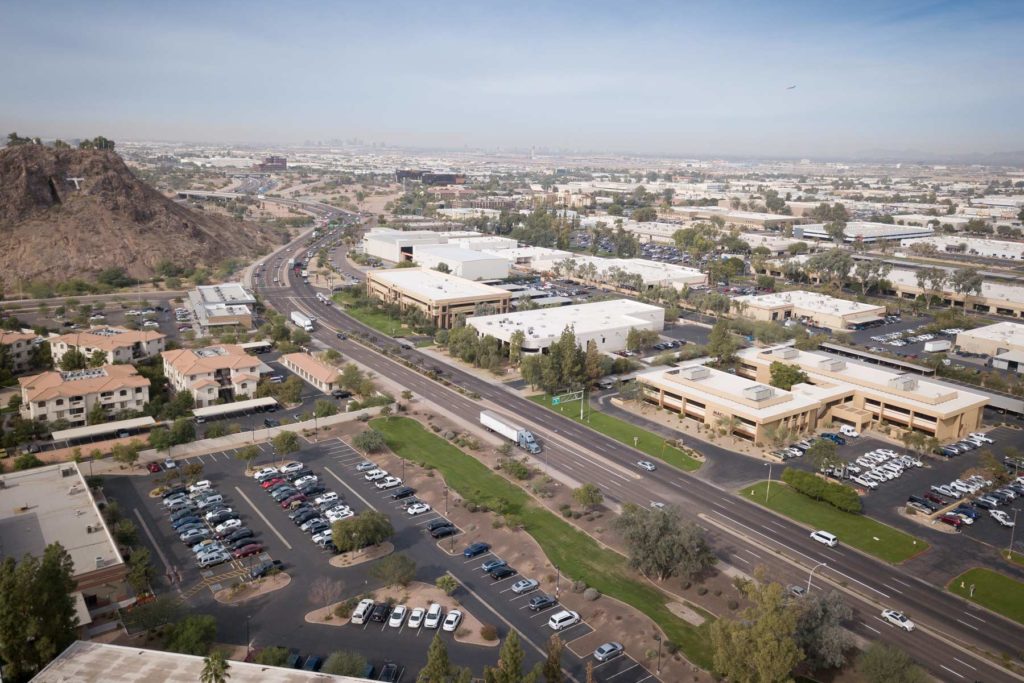 Fixed leases don’t work for a growth industry. The traditional commercial real estate model usually involves a business being required to sign a 3 to 5-year lease on space. But for a growing business, or a business going through up and down cycles, this can be a huge constraint.

Scott McIntosh knew McIntosh Engineering was on the cusp of very rapid growth and did not want the business opportunity to be constrained by a fixed lease. Scott also knew mining was always subject to downturns (the 2008 financial crisis was certainly not in the forecast in 2004).

Scott solved the problem by having the financial wherewithal to purchase the buildings at 1430 and 1438 W. Broadway Road in Tempe, coincidentally (or not) directly adjacent to the Redpath overflow space leased in 1980.

This created the perfect solution – the Executive Suites generated income to offset the cost of property ownership, while giving McIntosh Engineering the opportunity to grow.

Over time, McIntosh Engineering took over the entire executive suite’s offices and ownership of the larger 50,000 square foot building allowed Scott to manage the balance between engineering business growth and generating revenue from other tenants in the building to operate a balanced financial win / win model. 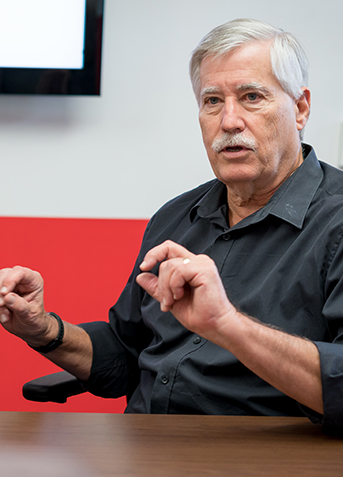 How we got our name 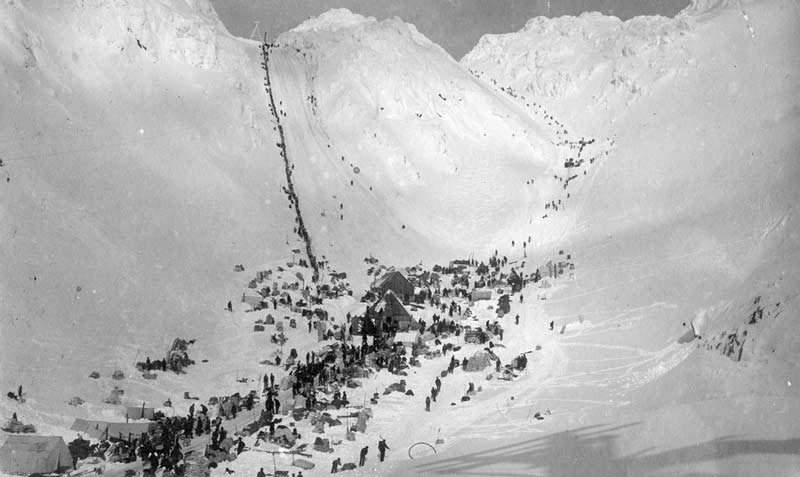 The multigenerational entrepreneurial story begins in the Pacific Northwest with support of miners in the 1890’s Alaska Gold Rush. Family members originating from Scandinavia and Scotland (via Canada) became Seattle area real estate developers and vendors, selling picks, pans and other necessities, arguably doing far better than most of the miners themselves.

Fast forward exactly 100 years to 1989 and Donald / Margaret McIntosh, parents to Scott and grandparents to Kyle, formed McMardon, Inc., a real estate investment enterprise based in Seattle, following Don’s retirement as a Partner in Price-Waterhouse, and CFO at NCR (National Cash Register).

Mc/Mar/Don (McIntosh, Marge, Don) expanded its reach in both Washington and Oregon, including a major re-development of Seattle’s Roosevelt Square district with, at the time the largest ever Whole Foods Market (WFM) as anchor tenant – a big stretch for both McMardon and WFM.

Simultaneous with the formation of McMardon Inc, Scott always had an entrepreneurial itch, but as a civil / mining engineer his career was following a very different path. In 1979 Scott joined underground contracting and mining engineering firm Redpath (now a Billion+ rapid growth success story), and the ultimate MAC6 story begins to take form. 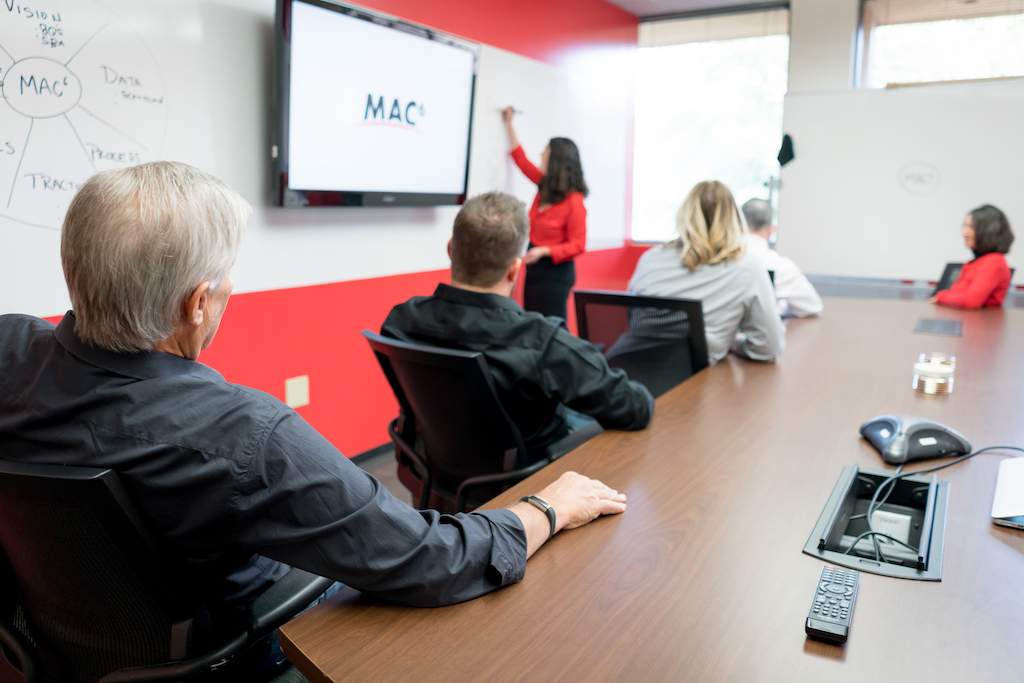 Redpath in was experiencing rapid growth and leased overflow office space in the one of the now several buildings comprising the MAC6 Entrepreneurial Campus in Tempe.

After relocating from Arizona to the Philippines, to North Bay, Ontario, Canada, Scott and family (Kim, Kyle and Jessica McIntosh) jumped off an entrepreneurial cliff by purchasing Redpath’s engineering business in both Canada and the USA.

Scott grew what became McIntosh Engineering from an initial 27 employees to a global firm of 250 serving major mining companies in their efforts to develop sustainable mining projects around the world. Fast forward again – 10 years of up and down survival were followed by 5 years of rapid growth – with major inflection point occurring in 2004.

At the time, McIntosh Engineering was leasing 12,000 square feet of office space near Rural Road and Highway 60, but the business faced an issue that many growing companies continue to face today – and that problem is the true genesis of the MAC6 Entrepreneurial Center.

Scott and many other employees enjoyed large financial wins, and Scott began a transition from Stantec to what’s next. Scott had never envisioned a “family business,” but through a set of circumstances Scott and daughter Jessica joined forces to manage a growing portfolio of real estate properties including both commercial and residential. 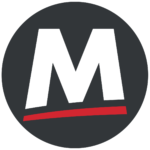 The Future – Our Values Persist

The next decade is coming, and much has changed, but much stays the same – today the MAC6 Entrepreneurial Campus is a thriving community of people and businesses working together to grow, profit and make a positive difference in the world.

The solution we offer is the 2004 solution Scott found McIntosh Engineering – a solution to deal with the issue of fixed 3 to 5- year space leases when growing a business and when sometimes contracting with market downturns.

The solution we offer on our Tempe, Arizona Campus is that community membership is guaranteed to meet your needs for flexibility, or you can terminate your membership (lease), and we will help you find a space that meets your needs.

MAC6 understands the disruption of growth, and we offer programs geared to help both people and business break through all types of barriers to growth – space and much more.

While our leases give you flexibility, our amenities help you get the most from your team. We support health, give you a solid technological and networking foundation and access to ownership through onsite management. But organizational growth comes from a community and programs specifically designed to help you get the most out of your team. Where many coworking spaces offer fun amenities, MAC6 adds the programs, coaching and accountability to make strong, healthy teams a reality.