The Most Critical Leadership Tool of 2020: Cognitive Dissonance 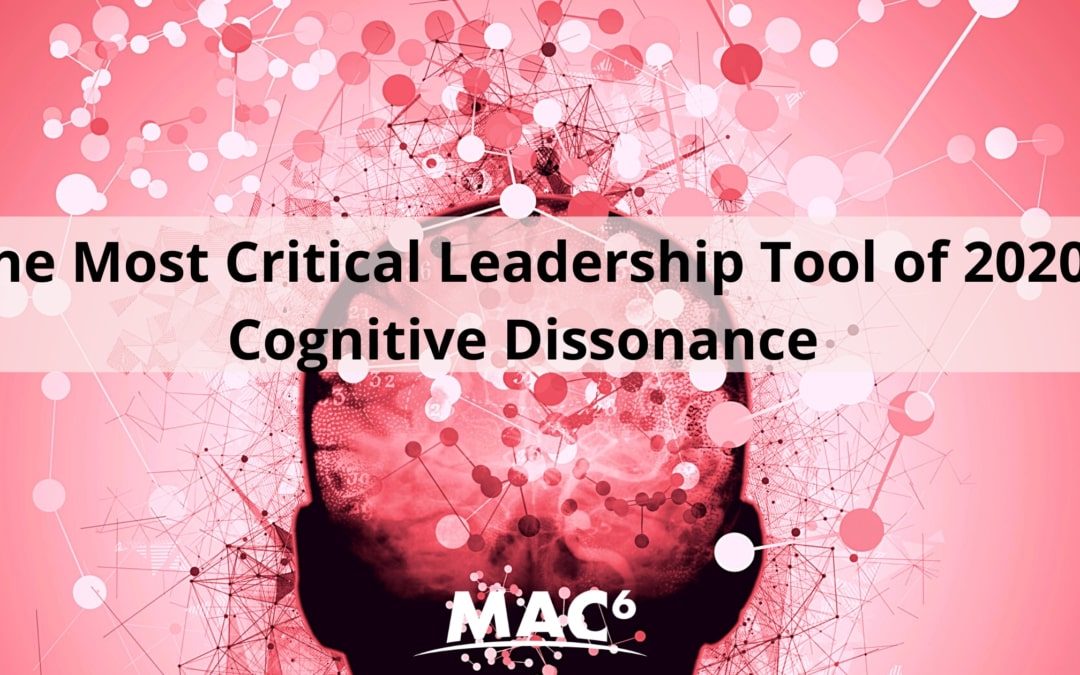 Change. Uncertainty. Information Overwhelm. Indecision. The world is a chaotic place. As leaders we can feel pressure to know the “next right thing” and to charge fearlessly into the unknown. But we must resist the urge of action and the seductive comfort of certainty when certainty is in short supply.

In recent months, most of us have been grappling with what psychologists call Cognitive Dissonance. According to an article in the Atlantic, Cognitive dissonance, coined by Leon Festinger in the 1950s, describes the discomfort people feel when two cognitions, or a cognition and a behavior, contradict each other. For example, we know smoking is bad, yet we continue to smoke. Because our beliefs are not aligning with our actions it causes great stress leading to justification of the behavior. A smoker may justify by saying “I can’t quit smoking because I will gain weight and obesity causes health complications as well.” Our brain does not like inconsistency in beliefs or belief and action. We need to rationalize the inconsistency instead of sitting with two opposing truths in search of truth.

We also more quickly reject any new evidence to dispute a deeply held belief thus freeing us from Cognitive Dissonance. Resistance to this uncomfortable state can become particularly troubling when it involves deeply held convictions and beliefs. We see this in politics often. We become so invested in a party or politician that we throw out any evidence that would cause dissonance. Left unchecked this can cause huge blind spots in our life.

This also has implications in the workplace. We often say, “What got you here won’t get you there” but do we really regularly examine our beliefs that got us here? As a leader, what are your deeply held beliefs? Are you seeing the whole picture or are you avoiding the tension of cognitive dissonance by not examining alternatives to what you believe to be true? For example, let’s say you have worked hard on developing your leadership style by investing time, money, and energy but your current team is not responding to your style. Are you digging in to your beliefs and justifying their behavior as defiant or “not good”? Or are you examining your style and open to exploring alternatives? It is not to say a change is always needed but openly exploring deeply held beliefs; objectively and critically is a crucial leaderships skill now and for the future.

My challenge to you – Find one deeply held organizational belief – and challenge it. Research, read, ask, explore all sides. See what you find… you may just find the “next right thing”.