Moving from a Culture of Accountability to Ownership 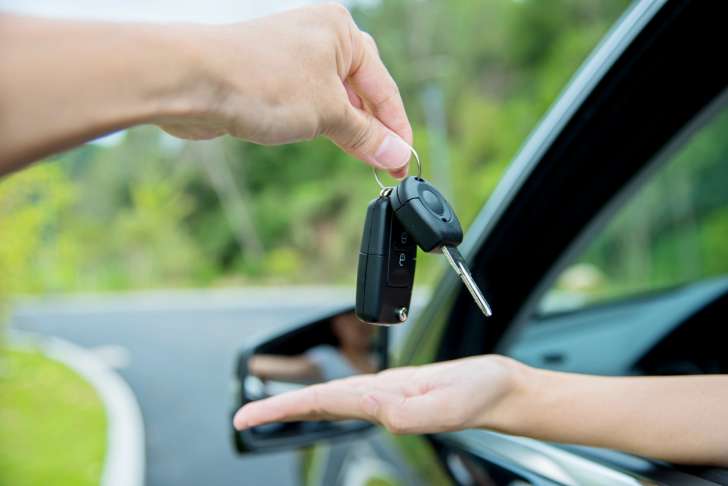 A lot of people will tell you to be wary of buying a “gently used” late model car if its first years were spent in a rental fleet. Why? Let’s talk a little human behavior, shall we?

It is a well-known fact that rental cars get abused. Renters have limited personal liability if they’re insured (or if they purchase the extra insurance at the time of rental), and they don’t have any real or perceived ownership of the car they’re renting. If something goes wrong mechanically, they can just get another car with no additional cost. Curb checks? Whatever! The stakes are relatively low, so the poor rental car bears the brunt of a renter’s limited cognitive and emotional investment.

Don’t miss those four words: cognitive and emotional investment. Another way to think of it? Buy-in.

When there’s buy-in, people care more. When their brains and hearts are tied to something they perceive as important, they take better care of the things placed in their hands. If they don’t have buy-in, things get treated like rental cars. It’s pretty simple.

Unfortunately, a lot of us glaze over this reality when it comes to our organization’s culture. We either don’t care or refuse to acknowledge the importance of cognitive and emotional buy-in. When our work environments and the work we do within them get handled as carelessly as a rental car, it’s a signal that there’s no buy-in.

A Culture of “Accountability”

It would seem that the solution to low buy-in would be to increase everyone’s perceived ownership of the work they do and their organization’s success.

Instead, many leaders implement a “culture of accountability” in response to low buy-in. This usually translates into a culture of fear because accountability isn’t used as a way to move the team and the organization forward. It is usually implemented as an excuse to micro-manage team members that the leader doesn’t trust. That’s a huge problem.

A Culture of Shared Ownership

What a culture of accountability should look like is better thought of as a culture of shared ownership. The goal is to increase buy-in, so you must increase the perceived value of the work being done and the overall success of the team. To do that, people need to understand how their work contributes to a larger goal. They need to have a voice at the table and feel heard. And yes, they need to be held accountable for breakdowns. However, they should also feel empowered to hold others accountable so before things escalate to a manger. That’s the real key to avoiding the all-too-common culture of fear. If accountability always comes from the top-down, it’ll always be perceived as controlling and fearful. When the team shares ownership of their collective success, however, mutual accountability becomes an invaluable tool instead of a punitive whip.

Moving in the Right Direction

That’s a perfect analogy, too! Even when you feel like you own your new car, the bank really holds the title. You have perceived ownership because you have a high stake (you pay money for it). If you could get your team to create that same perceived ownership in their work and in the success of the organization, that would be a huge win!

Here’s what you can do to get buy-in from your team and create a culture of ownership:

1. Keep the vision in sight

If you have an idea for where you want your organization to go or how you want the future to look, you must communicate it with your team…frequently. It has to be something they can also imagine and discuss openly. Vision shouldn’t be something held in confidence by executives, but rather shared with the entirety of the organization. It helps people feel more invested beyond their paycheck and job title.

Your team needs to know that their work matters. They have to be able to see how the tasks they complete from day-to-day contribute to a larger goal or organizational purpose. If you don’t help them grasp this, their jobs will lack meaning and pretty soon work will become transactional – like renting a car.

A lot of organizations treat values like something on a checklist – you have to have them, but that’s where it ends. Values in and of themselves do nothing for an organization unless you live by them everyday. Does your team know your organization’s values? Can they give examples of what it means to live them out? If you want a bought-in team that takes ownership of their work, values are a great place to start.

Being a dictator in a corporate environment isn’t the way to a healthy culture in the long run. This doesn’t mean that you have to run a full-fledged democracy, either. What’s important is allowing your team to have a voice – to feel heard – when it comes to decisions that impact the work they do. If you want to make a process change, seek their input before rolling it out. Even if you don’t take action on their suggestions, they’ll feel heard. That’s critical for a healthy culture, and it also helps your team feel a sense of ownership.

When you think about your team treating their work like an abused rental car, it shouldn’t feel very good. When a team lacks perceived ownership and is insulated from accountability, things are bound to go south. But the answer isn’t to come down on everyone with an iron fist and micro-manage with rigid, top-down accountability. Great leaders help their teams see the bigger picture, keeping  vision, purpose, and values in front of them at all times to help guide their efforts. When the team has this solid foundation, a culture of mutual accountability can flourish. And then when they feel heard, they’ll have a higher stake in the organization’s success because they’ll have perceived ownership – just like owning a new car.

If you ever need some help with making this cultural shift, we can help. After all, helping teams become higher performing is one of our main focuses at MAC6.